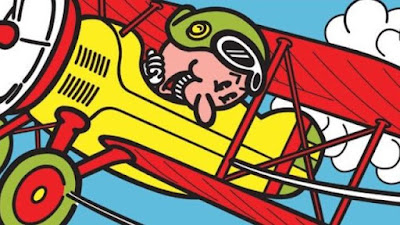 Diving into Nintendo history is always a pleasure, especially when it involves a long-lost golden grail such as this. Man, if I could ever achieve what those guys at Sky Skipper Project did...

Contrary to the "good" rating below, I was bit harsher than it deserved. It's weird as all hell, but it's not bad. Really. It just takes time to get used to.
Posted by Anthony at Monday, April 29, 2019 No comments: 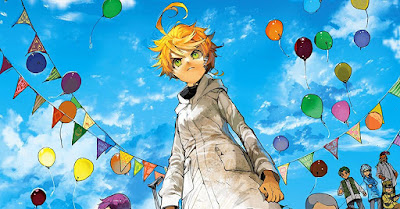 So much for a streak -- this one kicked my ass. Regardless, I certainly the passion entailed speaks for itself. I forgot how morbidly cathartic this arc was.
Posted by Anthony at Friday, April 26, 2019 No comments: 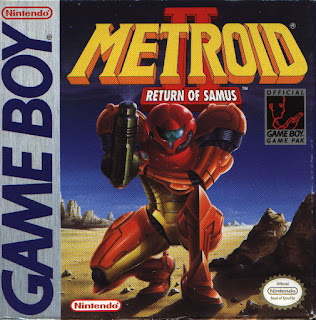 Back in the days of Super Smash Bros. Melee when I'd browse its lauded collection of lovingly-crafted trophies, I couldn't help but foster a burgeoning affinity towards one particular replica: Samus's Starship, hailing from Game Boy's Metroid II: Return of Samus. Not because I was experiencing Metroid nostalgia, you understand -- I wasn't yet a fan by Melee's release -- but more so in cultivating a touch of personal pride via its accompanying origin date of 11/91; in other words, my birth date. How vindicating is that? I've always held warm feelings towards Super Nintendo for similar reasons -- perhaps that's why it's my favorite console -- but it surely can't top that. A wonder, then, that Metroid hasn't ousted EarthBound, Kirby, and Smash Bros. from their seats as my all-time favorite Nintendo franchises.

Alas, perhaps it's that the stars only aligned for coincidence as opposed to birthing an outright classic, for Metroid II: Return of Samus never enjoyed the accolades of its successors (Super Metroid, Metroid Prime) or even its own NES progenitor. This isn't due to any untoward experimentation so commonly found in retro sequelization -- if anything, its goals breed potential finally realized in its incredible 3DS remake: Metroid: Samus Returns -- but rather that the Game Boy is ill-equipped to handle such direction; in other words, we're dealing with a game featuring familiar genre pratfalls found in its heyday. As you've likely guessed, the absence of a map system and woefully obtuse level design do little favors for Samus's Metroid-hunting expedition, but I confess my main problem lies within a particularly clumsy bait-and-switch in its music score. I cannot emphasize enough how the opening Tunnel Theme -- one I've written in the past as being a damn good tune -- instills us with urgency and drive, headlining our mission of eliminating SR388's Metroid hives. 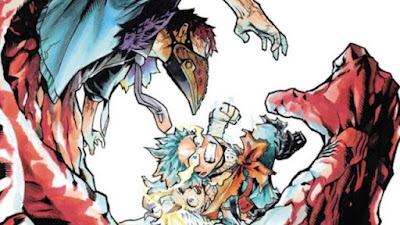 This came to me pretty quickly. Next month's gonna be a doozy for manga reviews, so I hope this streak continues. 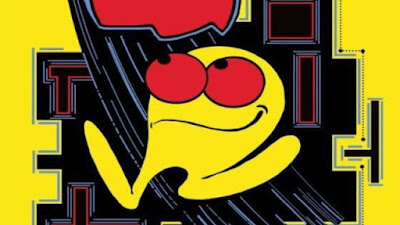 
Pac-Man is here! For this entry, I included comparisons via the ghastly Atari 2600 misfire and the NES version. I think that's a fun direction I'll be taking many future entries in, but next time will be a little different. See you then!

And so, it finally begins: my foray into a certain video game phenomenon that's ballooned far past its Nintendo origins. In a development still eluding my inner seven-year-old, I've largely cooled on my Pokémon passion. This isn't to say we had a falling out -- my two visits to Pokémon: Symphonic Evolutions should be testament enough -- but that I've only just purchased Pokémon Let's Go: Pikachu! four months after release, still have yet to open it, and am currently resisting the smoldering coals of Pikachu's eyes as I type this prove it's no longer my No. 1 video game priority. I confess this as a young man whose Pokémon background mirrored that of every other young boy in 1999 America: I played Pokémon Red -- one of the two versions we're reviewing today -- to death, worshipped the localized cartoon daily, and collected countless cards, stuffed animals, books, and toys. Those, too, reflect the ravages of time: the teams I've forged in Pokémon Red are forgotten and erased, I've long since abandoned the (still-running!) anime, my old cards -- despite my best efforts in preservation binders -- still pop up in various nooks and crannies,  strategy guides and comic books lie torn and/or lost, the stuffed animals display worn seams and cat gnawed-tears, and toys lie broken, disassembled, and battery-drained.

That it took this long to cover a full-length review for Pokémon -- having previously only covered brief impressions for Pokémon Soul Silver and Pokémon White while only reviewing the Detective Pikachu spin-off -- most publicly proves this shift, but make no mistake: while we could chalk up any number of reasons why I've fallen off the Pokémon ride, my same passion for writing, game analysis, and historic study applied to its Game Boy roots. It is my dedication to nostalgia that keeps me on this path, and what better evidence than playing both Red and Blue versions via their 3DS Virtual Console re-releases to completion? This was completely unnecessary in itself -- both only differ in version-exclusive Pokémon to catch --  but their infamous balance sparked an insatiable curiosity. If there's any confirmation a deep love for Pikachu still beats in my heart, let it be that.