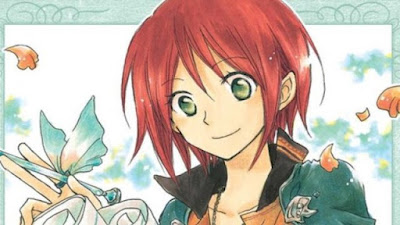 We're now entering convention season, so expect some delays in manga reviews as Viz invests their time into panels and whatnot.

Anyway, this is my first shojo review! I enjoyed it, but I was entering uncharted territories here, so you may see signs of my grappling with it. I'm planning to at least cover the second volume.
Posted by Anthony at Tuesday, May 28, 2019 No comments: 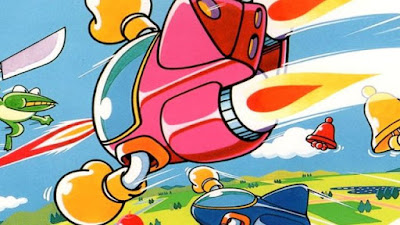 As noted in the article, Twinbee's already the first game in this column to stonewall me. I wonder how many will follow suit?
Posted by Anthony at Friday, May 17, 2019 No comments: 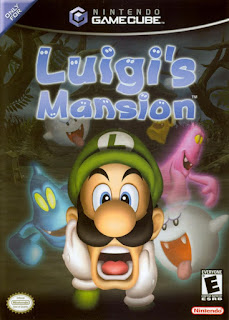 The Nintendo GameCube -- alongside Sony's PlayStation 2 and Microsoft's Xbox -- wouldn't just represent the next generational shift in 3D gaming, but Nintendo finally stepping outside their comfort-zone. While their stubbornness towards online gaming would endure, their embracing of disk-based media allowed for seemingly countless new possibilities. A flagship game was necessary to prove its power, and with Super Mario Sunshine set to launch the year after, why not go with his overlooked brother?

Enter Luigi's Mansion: initially designed as a tech demo showing off the GameCube's capabilities, the decision to build upon that as a game would render it Luigi's first game -- well, the first one actually involving Nintendo, anyway -- wherein he'd search a haunted mansion for Mario and suck up ghosts with a modified vacuum cleaner. Unlike the 1993 mishap Mario is Missing!, however, Luigi's Mansion would not only deign it fit to put the poor plumber's name into the title, but have actual Nintendo designers, including Mario creator Shigeru Miyamoto himself, make it a reality. It would finally vindicate Luigi -- the second fiddle to Mario's spotlight; the eternal understudy to the first player.